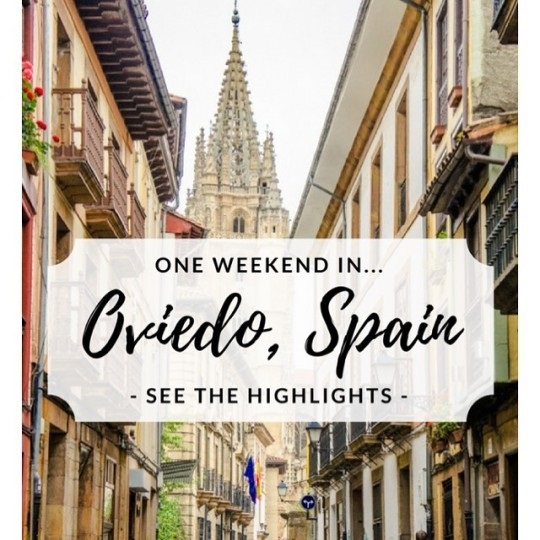 Arrived in the Asturias region of Spain. Wish I had more time…don’t we all? “It is believed that the Asturias region of Spain (in the Northwest) has been inhabited for millennia by the Celts, but this area shaped in its current form since the 722 Muslim reconquest of the country. According to legend, a certain Don Pelayo saw the Virgin Mary appear and got inspired to fight the Moors, resulting to him being the first king of Asturias. The region soon became a refuge for the nobility until the Peninsula was once again under Christian rule.

The Asturian culture is largely based on its celtic origins (yes, they go wild on the bagpipes, if you can believe it) and the region is also known for its literature and theatre.

The capital of the region, Oviedo, is located in the center of the region, about 45 minutes drive south of the ocean. It’s a medium-sized old town with about 200.000 inhabitants. The city has some of the oldest Christian buildings in Spain, but when you look closely, you’ll also see the impact of much more recent historical events around the city, like the Spanish Civil War.

Oviedo became perhaps a little more known to people from outside of Spain when Woody Allen directed his film “Vicky Cristina Barcelona” in 2008. The movie was shot all around Oviedo as being a neighbourhood in Barcelona and spending time here made Woody fall in the love with the place.
“…a delicious, exotic, beautiful, clean, pleasant, tranquil and pedestrianised city, like it didn’t belong to this world, like it didn’t exist…Oviedo is like a fairy tale” – Woody Allen